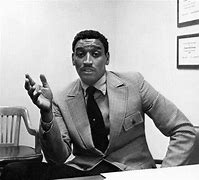 Boozer was born and raised in North Omaha, Nebraska, and graduated from Tech High in Omaha. One of his teammates was future Baseball Hall-of-Famer Bob Gibson. He attended Kansas State University, where he helped lead the Wildcats to the 1958 Final Four and where he received All-America honors in 1958 and 1959. A versatile 6’ 8″ forward, he was selected by the Cincinnati Royals with the first non-territorial pick of the 1959 NBA Draft, but he postponed his NBA career for one year so that he could remain eligible to play in the 1960 Summer Olympics. During that year he played with the Peoria Caterpillars, where he won the National AAU Tournament title and earned MVP honors for the tournament. He won a gold medal with the Olympic team after they won eight games by an average of 42.4 points. The team was inducted into the Basketball Hall of Fame in 2010.