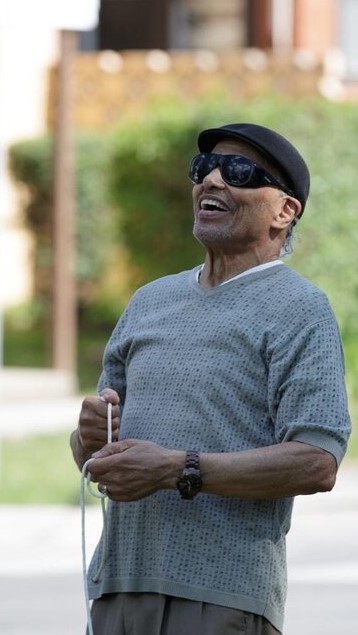 Since 1955, Goodwin’s Spencer Street Barbershop in Omaha, Nebraska was hailed as: black city hall; community center; social services hub, fitness center, and barbershop all in one. Founder Daniel Markin Goodwin Sr. opened the shop after serving four years in the Navy. He attended barber school on the GI bill and worked in his older brothers’ shop for a short time before leasing a small store-front on historic North 24th Street, a bustling hub of businesses, along that primary North to South city corridor.
Goodwin was very active and supportive of the black community and during an era of Jim Crow he became active in the civil rights movement. The barbershop wall featured a collage of articles displaying the acts carried out against black Americans all over the nation, as well as black accomplishments, and sports. Celebrities like Bob Gibson, Bob Boozer, Gale Sayers, and many others frequented the shop and Heisman Trophy winner Johnny Rodgers is still a customer.

By 1963, Goodwin participated in the March on Washington led by Dr. Martin Luther King Jr. In 1965, a young barber and Creighton University law student by the name of Ernest Chambers became a barber at the shop. Presently, Senator Ernie Chambers is the longest tenured lawmaker in Nebraska history. Goodwin and Chambers became a formidable team, and the barbershop became a known pillar and resource in the black community during the peak of the civil right movement and social unrest. Prior to his assassination in 1965, the team brought Malcom X to Omaha to speak. In 1966, a significant portion of the civil rights based and Oscar nominated documentary A Time for Burning was filmed in the shop; featuring Chambers, Goodwin, and a young white pastor, Bill Youngdahl who was seeking to facilitate racial integration North 24th Street from Spencer to Wirt Streets should be renamed to honor Dan Goodwin Sr. for his significant contribution to the North Omaha Community and the City of Omaha at large. Over the course of his life, Mr. Goodwin has exemplified perseverance, dedication, and leadership. Even at the age of 87, he continues to cut hair at his shop every day. Such longevity has served as a pillar for the community and will continue for years to come.