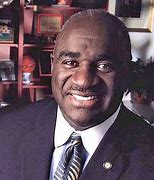 Gene R. Haynes was born Mississippi to Ervin Haynes and Lovie Holmes-Haynes. Haynes graduated with a bachelor’s degree in Social Studies and Economics from Rust College in Holy Springs, Mississippi in 1967. He then went on to earn his master’s degree in Educational Administration from University of Nebraska Omaha in 1974.

Haynes has worked for the Omaha Public Schools (OPS) in Omaha, Nebraska since 1967. He began his career with OPS as a teacher and basketball coach at Omaha Technical (Tech) High School and was the first African American basketball coach for OPS. In 1979, Haynes was the assistant coach basketball coach. He worked at Tech High until the school closed in 1984 and then moved to McMillan Middle School where he was assistant principal and athletic director. Since 1987, Haynes has been at Omaha North High, where he has been principal since 2001. Haynes was featured in the fifth episode in Season 2 of the Where I Come From podcast by the Omaha World-Herald.

Haynes is active in the Omaha African American community and is involved with the Urban League of Nebraska, the NAACP, and the Butler-Gast YMCA. He is involved with The North Omaha Project Impact, Fellowship of Christian Athletes, National Association of Secondary School Principals, and the Pacesetter Scholarship Committee.

Haynes was inducted into the Urban League of Nebraska African-American Leadership Hall of Fame in 2004. He was inducted into the Aksarben Foundation Court of Honor in 2011. In 2012, Haynes and musician Luigi Waites were the recipients of the African-American Congressional History Award presented by U.S. Representative Lee Terry. A portion of North 36th Street, near North High School, was renamed “Gene R. Haynes Street” in October 2014 by the Omaha City Council to honor Haynes.

Haynes, Paul Younes and Mike Johanns received the Distinguished Nebraskalander award at the 2015 Statehood Day dinner held at the Nebraska State Capitol. At the “Preparing the Next Generation of STEM Champions” event in 2017, Haynes received a legacy award for his “efforts to create, develop and expand programs for young people.” Inclusive Communities awarded Haynes the Otto Swanson “spirit of service.”

Gene Haynes has served the Omaha Public School District for 47 years and is currently the Principal of Omaha North High School. Mr. Haynes began his teaching career at Technical High School in 1967 until the school’s closure in 1984. Next, Mr. Haynes served as Assistant Principal and Athletic Director at McMillan Junior High School before moving on to North High. Principal Haynes has served as an educator and/or administrator to generations of families. Under his leadership, he has influenced change in the lives of thousands of students from various racial, economic and ethnic backgrounds. Additionally, Mr. Haynes was the first African-American head basketball coach in the state of Nebraska.