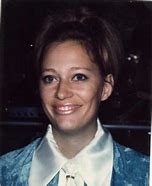 Omaha native LaFern Williams was a vocal activist who grew up and resided in the Southside Terrace Homes south of 30th and “Q” Streets. Mrs. Williams dedicated her life to improving the lives of the poor, dreamed of elevating the dignity of families on welfare in her neighborhood and help them find a way out of dependency. LaFern Williams was among a group of women that formed Mothers for Self Help Inc. that established a food bank, clothing bank and daycare (Kiddie Kollege) during the 1960s and 1970s. As an activist, Mrs. Williams would speak on several issues to Capitol Hill in Washington D.C., the Nebraska Legislature and local government. The most prominent issues included criticism of President Nixon’s plan to replace welfare, food stamps and Medicaid with direct cash payments and a push to include public housing tenants to sit on the Omaha Housing Authority Board.