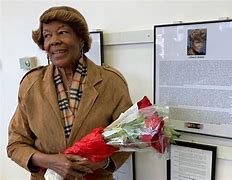 LaRose Beasley was born and raised in Omaha where she graduated from Central High School. She went on to attend Creighton University where she studied entrepreneurship and eventually became the head of the Cosmetology Department at the Omaha Women’s Job Corp. Her accomplishments include the Entrepreneur of the Year Award from the Nebraska Center for Entrepreneurship as well as the Visionary Award from the National Council of Negro Women. She spent the majority of her over 50 year career at Althouse Beauty School until starting her own school, LaRose’s Beauty Academy, in 1992. It was there that she helped a countless number of students obtain their license and fulfill their dreams. This designation would honor LaRose on Ohio Street from 24th Street to 22nd Street.