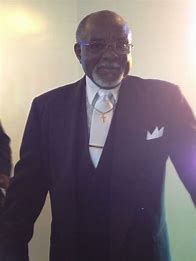 Richard “Papa Bear” Brown dedicated over 35 years of his life to the north Omaha community, impacting numerous lives along the way. He was employed by The Wesley House Community Center for 25 years as well as Franklin Elementary School for ten years. Brown taught and coached youth sports Wesley House and also served as the youth district director of USA Wrestling Nebraska. Richard helped Omaha South to three straight state championships in wrestling as well as the 1957 championship in football. After high school he wrestled for Iowa State and finished third in the Big Eight Tournament in 1960. This commemorative designation would honor Mr. Brown on Patrick Avenue from 34th Street to 35th Street.