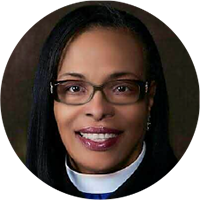 Rev. Cavitt is a member of Alpha Kappa Alpha Sorority, Inc., the NAACP, National Coalition of 100 Black Women Greater Omaha Chapter (NC100BW), and the National Council of Negro Women (NCNW). She was also featured in the 1990 and 1992 issue of Ebony Magazine as one of the “50 Leaders of the Future”. In 2013, Rev. Cavitt was the first recipient of the Douglas County Health Department’s Golden Beet Award for her commitment to community health. She has received the Susanna Wesley Award of Excellence, the IMA Drum Major for Action Award, the Urban League African-American Leadership Award and Creighton University’s 2017 Drum Major Award.